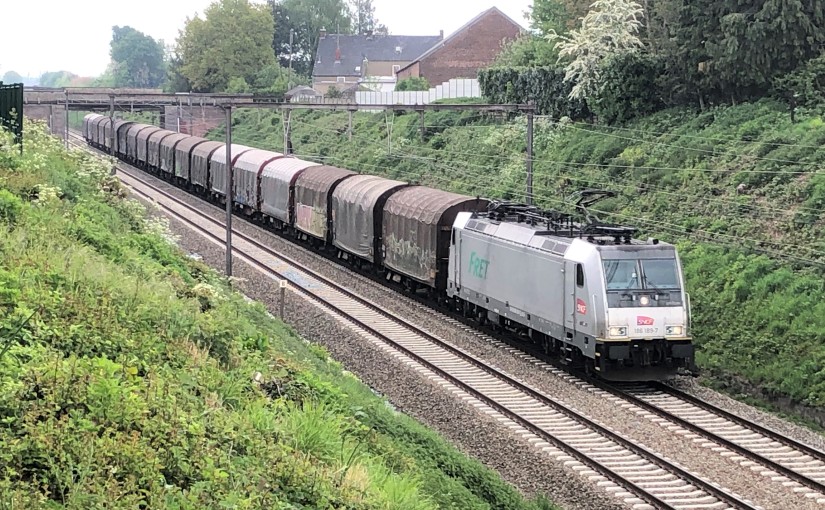 In recent times, problems with the lack of truck drivers have forced some logistics companies to turn to rail.

Recently, the British press reported that Britain has been hit by an acute shortage of truck drivers this year, with some retailers and oil companies warning this month that they were struggling to maintain full services.

The problem for road haulage drivers stems from the Brexit which ended EU recruitment, a backlog of driving tests caused by Covid-19 and self-employment tax reforms that have pushed EU drivers out of Great-Britain. The Road Haulage Association (RHA) survey of its members estimates that there is now a shortage of over 100,000 qualified drivers in the UK.

In Italy, the shortage of truck drivers can also slow down the flow of containers to and from ports. Le président de Federlogistica et le vice-président de Conftrasporto, Luigi Merlo, points out that there is a total shortage of at least 20,000 drivers in Italy, a figure that tends to increase, explaining that it is now impossible to find them even in the East. « Some of our members, companies and transport consortia with hundreds of employees are looking for them with difficulty and have published a website where they can find job offers, but at the moment the emergency remains, » he adds.

In Germany, there is an extremely high demand for freight transport is matched by only a small supply. The problem: the shortage of truck drivers, which will continue to worsen in Germany in the future. This shortage of skilled workers in logistics threatens to become a strongly regulating growth factor in the economy. Supermarket chains in particular could be threatened by the truck driver shortage in the logistics industry in the future. A similar development is also likely to threaten consumer goods such as clothing, textiles, furniture or electrical products, which are almost always transported by truck drivers.

Added to this – but not linked to the problems of the truckers – are the major delays in the global supply chains and the disruptions that this causes at the major ports in Europe. With delayed container arrivals and long waits at port terminal gates, the disruption is reaching all levels of logistics and is spreading across Europe. Scheduled trains have to be rescheduled to avoid leaving empty!

In view of these examples, isn’t there a whole world that needs to be thoroughly revised?

Railways as logistics solution
Supply chain resilience refers to the ability of a given supply chain to prepare for and adapt to unexpected events. Rail could – under certain conditions – be part of the solution for more resilient logistics. Maritime disruptions with disparate and tense container flows should be an opportunity for rail to develop digital on-demand rail.

It would be suicidal to believe that the shortage of truck drivers would be sufficient to effect a modal shift. This shortage is likely to be temporary and cannot be read as an element of rail revitalisation. Troubles of the concurrent will not save rail in the long term.

One of the keys is to invest to improve national logistics infrastructure, including its “hard” (ports, roads, rail networks) and “soft” infrastructure (the service industries that underpin logistics) with a focus on improved customs performance, supply chain reliability and service quality, cybersecurity and environmental sustainability.

The famous European corridors should have made this possible, but it is clear that we are far from optimal. As explains the European Rail Freight Association (ERFA), the establishment of RFCs have, however, not yet resulted in the anticipated momentum for increasing rail freight’s competitiveness.

A train should not be deprogrammed because it is not the intended containers. A cancelled Genoa-Frankfurt train could still run to make a Genoa-Dortmund, for example. Three quarters of its route remains the same, only the Frankfurt-Dortmund section is new. A computer program should be able to make this change, taking into account the fact that the extended route has to be made with probably an additional train driver. Of course, this change disrupts the wagons and locomotives turnaround on the final route. But again, a well-equipped operator should be able to rebuild a rapid turnaround of rolling stock and staff.

Putting logistics back on track also means creating a great opportunity: no more long road journeys with drivers who only return home once a month. The job of a truck driver would be a job of the last few kilometres, sometimes 150 kilometres, but with the certainty that the road worker will return home every evening. Finally, putting logistics back on track means responding to the shortage of drivers that we are seeing in many European countries. But we have to be careful: if the shortage is temporary and can be resolved in a while, there is a strong chance that logistics will turn back to the road. The time for rail to demonstrate its strengths is now.