Train, hydrogen and the Gartner’s Hype Cycle
04/11/2021 – Since 2018, hydrogen trains are in commercial operation in Germany and are being tested in the Netherlands, France and the UK. They are marketed as ‘green’ because the only emission they produce in operation is steam. No dirty pollution in our cities and in stations. This is exactly what our politicians were looking for to respond to the great climate movement of the moment.

Which future for hydrogen-propelled trains?
02/08/2021 – Can hydrogen trains make it possible to avoid railway electrification? It all depends, and many questions remain to be answered. A brief overview

Rebirth of Maglev for urban transports
11/30/2020 – It was thought that Europe was no longer interested in this technology, but one entrepreneur still believes in it. The German company Max Bögl has designed a Maglev for urban use in Asia.

How the modular freight wagon is the future of rail freight
10/19/2020 – Freight wagons have the particularity of responding to a specific industrial sector, such as chemicals or wheat. But the negative side of this specialization is that it leads to mono-use which causes empty returns. The modular wagon avoids this. 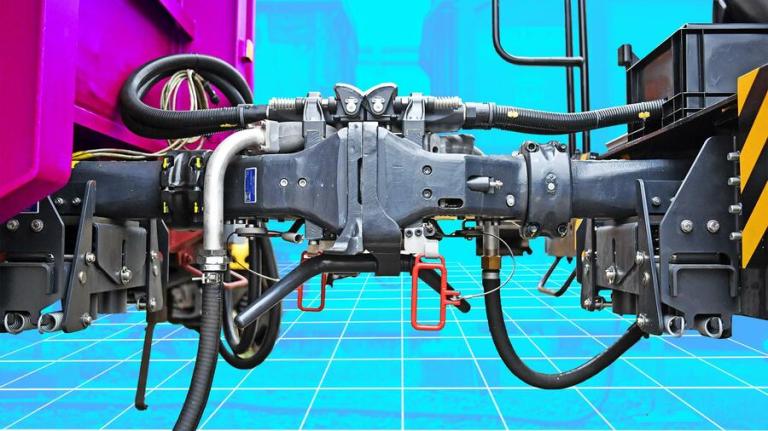 Is automatic coupling on freight wagon will become reality?
09/07/2020 – Europe is finally testing an automatic coupling for its freight trains. But now with digital attributes. This coupling will make it possible to operate « intelligent trains »

DB produces 3D printing heavy spare components
01/29/2020 – 3D printing isn’t new to Deutsche Bahn. The German railway company started indeed to use a 3D printer in 2015. Since then, it has printed more than 7,000 spare parts.

Are futuristic maglev trains could revolutionize railways ?
06/17/2019 – While the world looks at Hyperloop projects with caution, it is useful to look at another railway technology: magnetic levitation, which Europe seems to have definitively cancelled …

Asia takes leadership of trains at 600km / h, and itsn’t good news for Europe and America
05/30/2019 – The Chinese manufacturer CRRC, which is so scary to European manufacturers, unveils a magnetic levitation train project that could circulate at 600km / h.

Autonomous trains: a brief review
09/23/2018 – Innotrans is off. The next edition will take place in 2020, in Berlin. At this date, will we talk more about the autonomous train that is announced everywhere? We are going to peruse the latest innovations on this theme.

The ecological train: everyone does it
09/16/2018 – Is this the Innotrans effect? In recent months, hybrid Emu/Dmu have made a sudden appearance on the market. All the builders build their solution to attract the new market : the lines without catenaries. We are going to peruse the latest innovations on this theme.

Japan : the Maglev reaches 603km/hr and a new line of 286 kilometers is building
01/28/2016 – Last week, it has been announced by Japan Railways’ Operator JR that Maglev, the train which works with the technology of magnetic elevation, has reached 603 km/hr, according to the test results conducted. A plan was decided to build the first commercial line of such trains with a length of 286 km between Tokyo and Nagoya.