Transmashholding, Russia’s leading rail supplier, is expanding into Europe with the ambition of developing the maintenance market for electric and diesel railcars operated by operators throughout Europe. Regardless of the manufacturer…

Transmashholding is the largest Russian manufacturer of electric locomotives, diesel locomotives and electrical passenger trains. Plants belonging to Transmashholding produce also freight and industrial wagons, diesel engines and metro cars. For example, all vehicles for the Moscow Metro and for some other metro companies in Russia are produced by the Metrowagonmash plant, which is also part of Transmashholding.

The only competitor of Transmashholding in Russia in terms of production of rolling stock for rail transport is Sinara Group. No surprising, the most important customer for TMH’s production is Russian State Railways RZD, which is the co-owner.

Financially, the Moscow-based holding company is a joint-stock company whose majority package is nominally owned by the Dutch investment company The Breakers Investments B. V., which in turn is controlled by the Russian coal mining company Kusbassrasresugol (Кузбассразрезуголь) and the transport company TransGroup.

In December 2007, Alstom Transport and Transmashholding signed an agreement which provides for technical cooperation between the two companies and possibly for Alstom to acquire a 25% plus one share in TMH. In 2015, Alstom increased its stake in Transmashholding to 33% through the purchase of an additional 8% of shares for €54 million. For its part, the Russian railways RZD sold its 25% stake to the Dutch The Breakers Investments BV.

This transaction led to a strengthening of the collaboration between the two partners, which has continued ever since. The two partners wanted to jointly develop a range of high-performance trains, the delivery of turnkey railway projects, infrastructure and signalling equipment, as well as the export of products and parts. As a result, Alstom participated in the Russian EP20 locomotive project.

Expansion in Europe
The Russian manufacturer wanted to expand its activities in Europe in an often difficult geopolitical context, as everyone knows. In 2018, the shareholders decided to change the legal form of the company, the holding company became a joint stock company (JSC).

In June 2020, Transmashholding was acquiring a first facility in Europe, the Dunakeszi railway cars repair site in Hungary. The move to Dunakeszi was thus establishing a base for TMH in the lucrative European market. TMH’s support for the facility was ratified by long-term Dunakeszi customer, MAV-Start, the Hungarian public railway operator.

Terence Watson, TMH’s senior vice-president Europe, explained to Railway Journal that ‘we want to turn Dunakeszi into our leading facility for Europe (…) The location of the site also means that upcoming contracts in the Czech Republic, Slovakia, Poland, Austria and Slovenia, which‘, according Watson, ‘have not typically been served particularly well by publics players‘.

A selling point for TMH, according to Watson, is the company’s versatility. Unlike other European manufacturers, it is not tied to the fortunes of a state-owned railway, which he says leaves it well placed to meet the needs of all customers, including private operators seeking affordable rolling stock or repair and maintenance services.

German contract
So The company looked for other markets and has been working carefully to see how the market develops. In 2020, TMH signed its first contract in Germany to maintain two large new fleets of regional EMUs for GoAhead in Bavaria, which will be maintained at a new facility near Augburg.

It should be remembered that in the context of public service tenders in Germany, Go-Ahead has won several contracts in Bavaria for which it must provide the rolling stock. UK based international transport company has a 12 year contract involving about 2.7m train kilometers each year between Munich Hbf and Buchloe, which started last year in December. The service is being provided by a brand new fleet of 22 Stadler electric trains.

Go-Ahead’s operations in Bavaria will further expand in December 2022 when the company takes over the regional service on the high frequency Munich – Augsburg – Ulm, Augsburg – Donauwörth –– Würzburg and Donauwörth – Aalen lines.

It remained to be decided who would maintain this fleet of rolling stock, which also includes Siemens railcars. In December 2020, Go-Ahead awarded Transmashholding a contract to maintain 22 Stadler Flirt3 EMUs ordered for used on E-Netz Allgäu services, as well as 56 Siemens Mobility EMUs. But in May 2021, Stadler was very worried about this arrival about the potential for industrial espionage. Stadler believed that Go-Ahead had not met a contractual condition which prohibited maintenance being subcontracted to a competitor. The dispute has now been resolved.

Augsburg
TMHI thus will take over the maintenance for 78 Stadler and Siemens multiple units from 2022 and is building a workshop in Langweid am Lech near Augsburg for this purpose.

Even before awarding the maintenance contract to TMHI, Go-Ahead had begun the process of developing the Langweid am Lech depot, repurposing a brownfield site with a history of military use that had been abandoned for more than 20 years. The necessary land purchased by Go-Ahead has been transferred to TMHI and the construction of the worshop is now well underway.

The construction site in Langweid am Lech represents an investment of over 45 million euros. Beyond the maintenance contract for Go-Ahead Bavaria, the Langweid depot has further free maintenance capacities for all types of rail vehicles – regardless of the manufacturer. This demonstrates TMH’s policy in Europe.

While Go-Ahead wanted a simple maintenance point, the arrival of TMH was used to go far beyond that. TMH believes it sees a strong demand for routine operations, such as wheel reprofiling, an important element of train availability. It is in this niche that TMH wants to position itself by offering its services to any type of operator.

This shows how necessary it is to have a complete railway environment to operate railway contracts in Germany or in Europe with high quality objectives.

Creating a complete and independent railway sector
09/01/2022 – The difficulties faced by new entrants in the Continent are characterised by, among other things, the lack of essential facilities such as maintenance workshops, a large fleet of leased rolling stock and specifically trained staff. 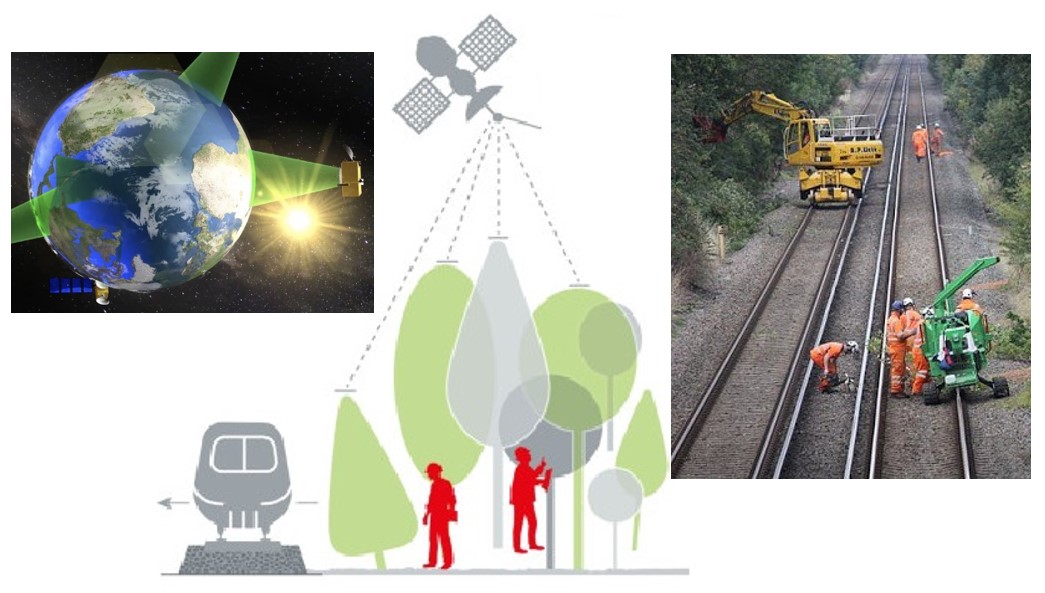 How satellites and artificial intelligence monitor vegetation near tracks
24/08/2020 – The technology to understand vegetation may seem incongruous, but it can help to save costs on a railway network. This makes it possible to anticipate problems that could disrupt the network.

Railways: the huge potential of digitalization
21/04/2020 – How can digital technologies help rail regain a better place in the world of transport? A few examples