Trenord has ambitions for the future
20/06/2022 – Italian-style regionalisation. Trenord is a railway company operating in regional and local passenger transport north of Milan. It is owned equally by Trenitalia and Ferrovie Nord Milano (FNM), a company listed on the Milan stock exchange. Trenord operates more than 2,170 weekday journeys… 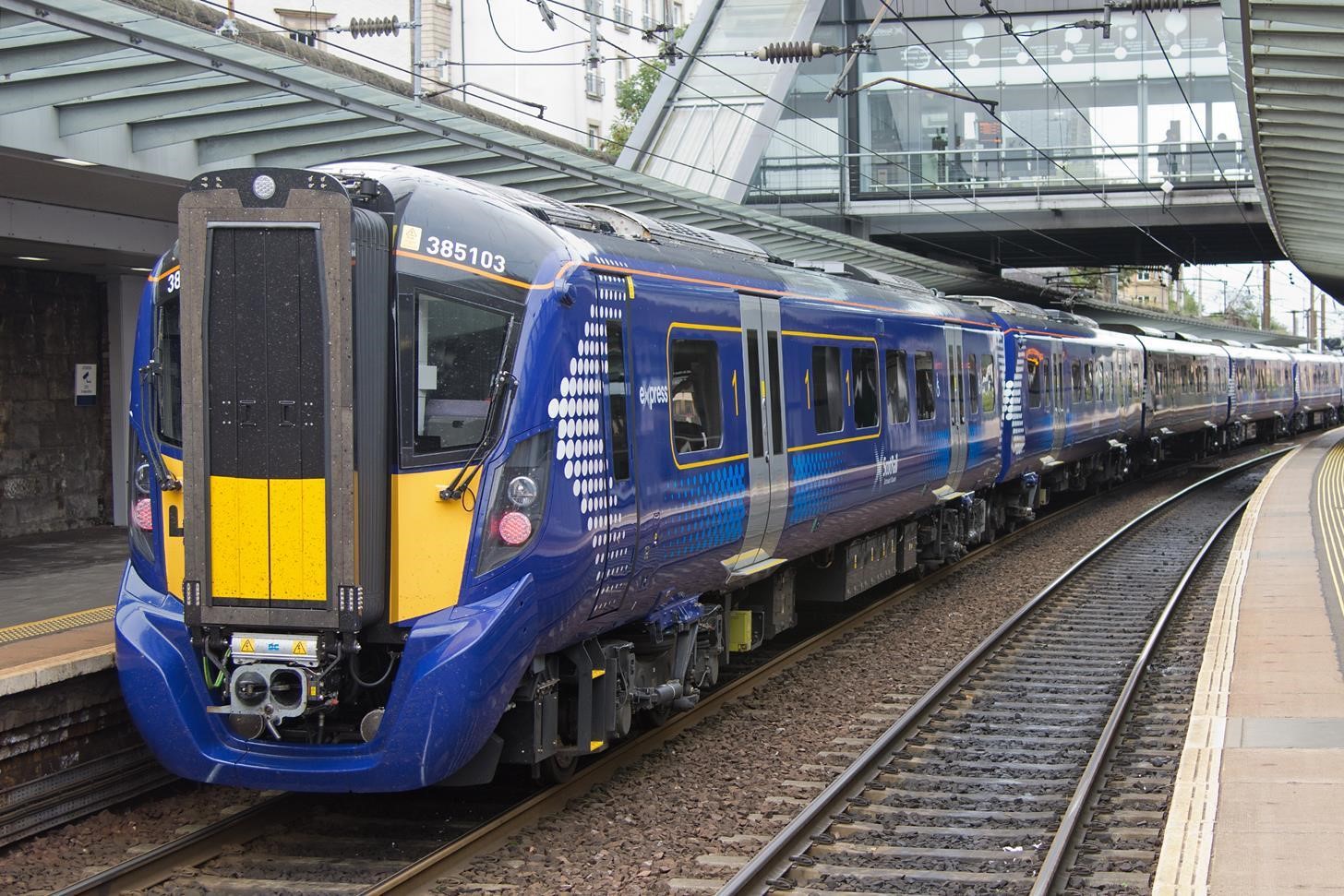 UK – ScotRail transfers to public ownership
03/04/2022 – It was in the air. The takeover by public entities of traffic formerly handled by independent operators in Britain becomes reality. ScotRail has just taken over all of Abellio’s trains. For passengers, nothing will immediately change when ownership of the rail service changes hands. In an email sent to customers in March, ScotRail stated: « There are no immediate changes…

ETCS Level 3 regional: experiences in Italy
04/10/2021 – ETCS and its implementation have been discussed for a long time. So far, installation on the ground and on-board trains has been limited to ETCS level 2. But for regional lines, ETCS level 3 could be a solution.xxxx

Moving from product to customer: can rail learn from Gafam?
20/06/2021 – Moving from a « product » policy to a « customer » policy is a real challenge for rail. The weight of assets (trains-infrastructure) and cultural habits still largely shape rail policy, but there are, however, some reasons for hope.

End of franchises and a new era for British railways
05/24/2021 – A new public sector body named Great British Railways as part of railway reforms will own and manage rail infrastructure, issue contracts to private firms to run trains, set most fares and timetables, and sell tickets. xxxxxxxxxxxxxxxxxxxxxxxxxxxxxxxxxxxxxxx xxxx

D-Takt: the great challenge of the clockface timetable 1/2
05/09/2021 – A train every half hour from city to city and from village to village. Convenient transfers without long waiting times, even in the countryside. Riding a train anywhere in the country would be as easy as riding the S-Bahn in the cities today. This second part will detail the impact of the clockface timetable service on journey times between the major German cities and the place reserved for new entrants.

D-Takt: the great challenge of the clockface timetable 1/2
05/02/2021 – A train every half hour from city to city and from village to village. Convenient transfers without long waiting times, even in the countryside. Riding a train anywhere in the country would be as easy as riding the S-Bahn in the cities today. It is the Deutschlandtakt, the german’s clockface timetable.

Which future for hydrogen-propelled trains?
02/08/2021 – Can hydrogen trains make it possible to avoid railway electrification? It all depends, and many questions remain to be answered. A brief overview

Japan: integrated railways but a contrasting railway policy
12/07/2020 – We know little about Japan and its railway policy, which is often the subject of various fantasies. Contrary to European countries, there is not a single national railway but dozens of integrated railways at local and regional level. Some make many money while others suffer from the depopulation of rural areas and an ageing population.

Rebirth of Maglev for urban transports
30/11/2020 – It was thought that Europe was no longer interested in this technology, but one entrepreneur still believes in it. The German company Max Bögl has designed a Maglev for urban use in Asia.

Railways: making progress with the existence of other transports
10/12/2020 – The modal shift to rail will not be promoted by prohibiting other transport modes from progressing, but by meeting the demands of users, whether citizens or industrialists.

How to reconnect three million Germans to the train
07/09/2020 – According to Allianz Pro Schiene and the Verband Deutscher Verkehrsunternehmen (VDV), the reactivation of 238 lines with a total length of 4,016 km would reconnect almost 291 municipalities totalling three million German citizens to rail.

The importance of railway stations, large or small
06/07/2020 – How we can transform our small stations into user-friendly and sustainability-oriented places. There are good ideas for revitalization everywhere

VLR, the comeback of little Railbuses
05/27/2020 – How can we respond to traffic on short lines where the criteria of conventional railways are too cumbersome and uneconomic? By returning to an old idea: the very-light railcar, close to the automobile world.

Netherlands: NS launches tender for at least 30,000 seats
04/17/2020 – The Dutch railway company NS is preparing a major investment to renew its intercity fleet for 2030. These trainsets will replace NS’s existing DDZ trainsets

New homes should only be built near train stations
04/15/2020 – Bringing homes closer to railway stations will help us achieve part of our climate goals. Explanations

Switzerland : Léman Express officially inaugurated – 12/13/2019 – The Leman Express (LEX), a cross-border commuters service around Geneva, will be fully operational this December 15, 2019, at 5:05 am.

Marta signs a big Stadler metro train contract – 11/20/2019 – Stadler and the Metropolitan Atlanta Rapid Transit Authority (MARTA) signed a legally-binding contract to supply 127 metro trains, with options for up to 50 additional sets, bringing the fleet to 177 units if these options were exercised.

This is the new commuter train – 09/22/2019 – Since last March, new Emus with an unusual design have been operating on two railway lines in the Tokyo area. Hitachi is the builder. An inspiration for our trains in Europe?

When a region presents a rail program of 3.5 billion investments – 09/13/2019 – Dozens of cities across the UK could benefit from Midlands Engine Rail, a € 3.5 billion improvement program proposed by sub-national Midlands Connect to redevelop the region’s rail network.

Still success for Intercity Stadler trains – 08/21/2019 – Stadler, better known on the regional train segment, is also gaining success on the mainline version of its Emu Flirt. Example with Poland.

Sweden, 30 years of railway liberalisation
05/20/2019 – In 1988, rail infrastructure was vertically and institutionally separated from train operations in Sweden. 30 years have passed since 1988, and some lessons can be drawn from this transformation.

Trains with no staff on board: an infinite debate …
04/23/2019 – Train guards on board is a recurring subject within the whole of Europe. With or without a staff on board? A brief overview of experiences and arguments from each.

Mobility as a Service : the battle of data
29/10/2018 – The concept of Mobility As A Service (MaaS) involves pooling traffic data from all companies involved in a digital platform. However, all companies do not intend to provide what is the oil of today: the data.

Berlin/Brandenburg : six railway enterprises and many projects
09/11/2018 – More space, more comfortable trains, faster and better connections, for passengers, Berlin-Brandenburg’s new transport plan includes many projects that will improve passenger rail transport in the years to come. On 4 October 2017, the Lander of Berlin and Brandenburg signed with Deutsche Bahn AG the framework agreement « i2030 » for the development of rail transport in Berlin and Brandenburg.

Dear railway commuters : be glad you’re not japanese !
06/25/2018 – Tired of your commuter life, standing up, squeezed in a bad train to get to the center of London or New York? You hate the Thameslink? Be grateful not to be Japanese! By reading these lines, you will realize that you are finally a privileged person. Diving into another world, far from home.

Singapore without cars : between dream and reality
06/11/2018 – The world is looking to Singapore as the city of the future banning cars. This is true, but the solution toward a full public transport policy does not seem to win the favor of all Singaporeans either. Between demographic challenges and technological solutions, Singapore is looking for itself. Analysis.

How the Ruhr region manages his railways ?
02/28/2016 – Each year, the Transport Authority of the Ruhr region publish its barometer on best railways and the worse. This is a good example of rail transport policy governance