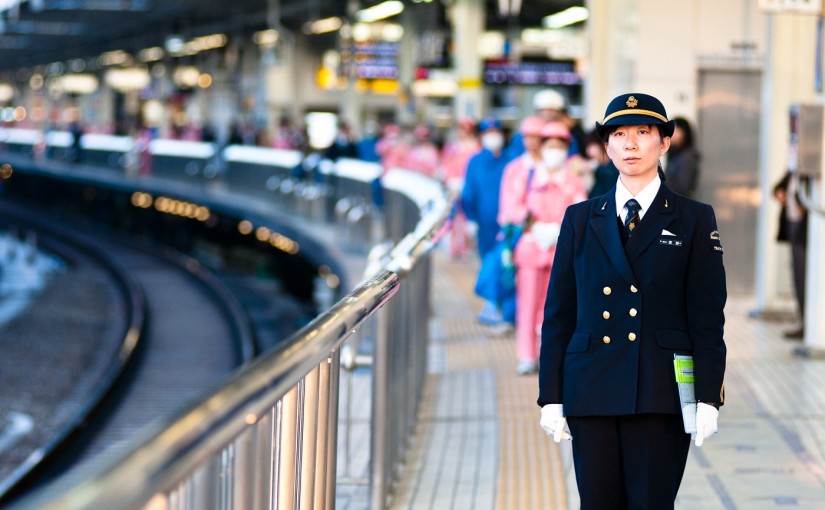 By Frédéric de Kemmeter – Railway signalling and freelance copywriter
🟧 Back to homepage 🟧 See also specific page about China, UK and the US

Japan’s railway operator launches “office cars”
22/11/21 – Japan’s East Japan Railway Co. (JR East) on Monday launched onboard “office cars” on certain Shinkansen bullet trains on lines connecting Tokyo and the country’s northern and central parts to meet the growing demand for telework amid the COVID-19 pandemic. Without additional charge, the new service allows passengers to talk on the phone and participate in online meetings from…

JR West operates Shinkansen exclusively for vaccinated passengers
20/11/21 – JR West, has been operating an exclusive Shinkansen high-speed train for passengers vaccinated against the new coronavirus and those with negative COVID-19 test results since Saturday. The train left Shin-Osaka station to join Hakata in the southwest of the country. This Shinkansen was intended for participants in an overnight tour jointly organised by JR West and Nippon Travel Agency Co.

Japan: integrated railways but a contrasting railway policy
07/12/2020 – We know little about Japan and its railway policy, which is often the subject of various fantasies. Contrary to European countries, there is not a single national railway but dozens of integrated railways at local and regional level. Some make many money while others suffer from the depopulation of rural areas and an ageing population.

Why are Japanese trains so punctual?
– 22/03/2020 – Railroads in Japan go back 140 years. Over this time, an impressive amount of know-how has been accumulated to ensure a smooth-running railways. This helped to design a system which today is considered to be one of the best in the world. Japanese society, which may seem very strict, has induced a way of managing the work of railway workers which means that the trains have remarkable punctuality. Let’s see this in detail.

This is the new commuter train
– 22/09/2019 – Are you afraid of the Asian railway? Then this is for you. Hitachi Rail, a Japanese company present in Italy and Great Britain, delivered a rather new suburban train for a local network in Tokyo. An inspiration for future European trains? Let’s dream. The new train « Laview », Class Seibu 001( 西武 001 ), is a Emu operated by Seibu Railway’s private operator on express services in the…

Are futuristic maglev trains could revolutionize railways ?
06/17/2019 – While the world looks at Hyperloop projects with caution, it is useful to look at another railway technology: magnetic levitation, which Europe seems to have definitively cancelled …

Dear railway commuters : be glad you’re not japanese !
06/25/2018 – Tired of your commuter life, standing up, squeezed in a bad train to get to the center of London or New York? You hate the Thameslink? Be grateful not to be Japanese! By reading these lines, you will realize that you are finally a privileged person. Diving into another world, far from home.

Japan: the Maglev reaches 603km/hr and a new line of 286 kilometers is building
28/01/2016 – Last week, it has been announced by Japan Railways’ Operator JR that Maglev, the train which works with the technology of magnetic elevation, has reached 603 km/hr, according to the test results conducted. A plan was decided to build the first commercial line of such trains with a length of 286 km between Tokyo and Nagoya.