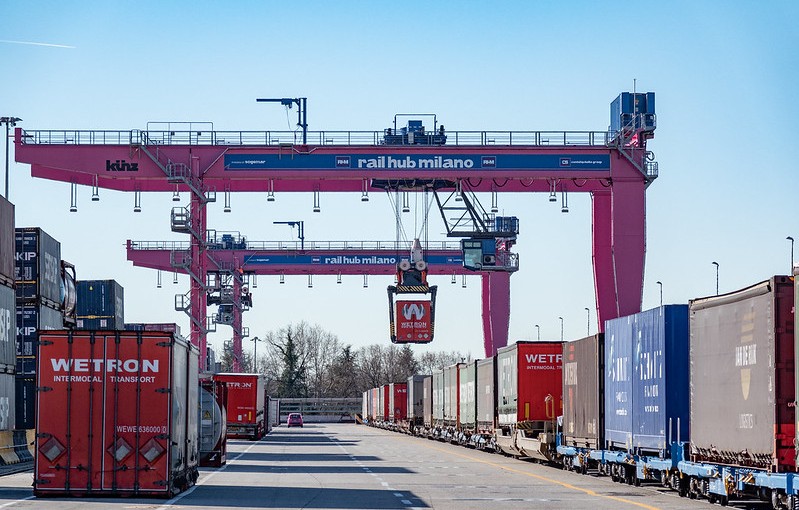 It is misleading to think that the mere construction of a railway infrastructure in a economic area can generate a process of economic growth. There are a need for more complete facilities and industries around them. This is what the Italian example shows us with his ‘Interpoto‘ concept.

The Italian regional model has long been original in Europe, being halfway between the centralist model and the federal model of the German Länder. In the official territorial divisions, for example the regions of northern Italy have significant differences between them, especially in the characteristics of local and social institutions.

The Italian peculiarity in the logistical organisation of the territory is that it is a national policy decided through several laws enacted between 1990 and 2002.  However, Italy’s particular economic development actually began after the Second World War, with an arrangement of social and institutional structures, a distribution of physical and human capital and their subsequent evolution that determined in the 1980s the consolidation of a model with particular characteristics and high growth potential even in the absence of large « leading » companies in the region.

The atypical Italian case, with its « special status » regions with a strong regional banking network, shows us a powerful and creative model, where SMEs dominate the economic space.

A full economic environment
The Italians have also shown a certain intellectual maturity. For example, simply investing in rail is not enough to generate traffic. Infrastructure development must necessarily respond to the needs expressed by local industry and the context in which the infrastructure is located.  In this respect, Italian regions often show great differences between them, which stimulates their competitiveness.

It’s a very interesting aspect when analysing the gap between southern Italy and central-northern Italy, as far as ‘interporto’ facilities are concerned, whose causes are much deeper and more complex than the railway investments deficit that characterises the area. It is misleading to think that the mere construction of a railway infrastructure in a weak economic area can generate a process of economic growth in the absence of a ‘fertile’ productive context on which to base development. To fill trains, you need actors, investors and factories.

One of the concrete characteristics of this policy is the establishment of numerous ‘Interporto’ (dry ports) throughout Italy.

At present, the State defines the general planning, financing and management rules, while leaving the implementation to the local actors (territorial administrations, CCI). A policy which shows all its flexibility and extraordinary dynamism. A vast public/private movement strongly supports a regional economy exporting throughout Europe.

The role and function of ‘Interporto’ have been interpreted in different ways over the years, despite the fact that Law 240/1990 (art. 1) provides an explicit definition of « freight village ».

The Italian’s freight village is a complex infrastructure covering areas ranging from thousands of square metres to millions of square metres, whose function is to accommodate logistics and processing companies that need to carry out small-scale final processing (packaging, customisation, etc.), to integrate, by means of infrastructures and infostructures, different modes of transport, and to offer a wide range of services.

These ‘interporti’ must necesserally, by law, include an intermodal railway station. The Regulatory Framework establishes indeed some requirements like direct rail links with the main national rail network and the existence of an intermodal railway terminal, suitable for forming or receiving complete trains, in accordance with European standards, capable of operating with a number of no less than ten train pairs per week. They have also different areas destined, respectively, to the functions of intermodal transport, supply logistics, industrial logistics, distribution logistics and urban distribution logistics. The freight village can therefore be considered a sort of ‘port’ within the territory, from which ships do not leave or arrive, but trains and/or lorries do.

Developments
In recent years, the inter-port reality, mainly due to the fact that the development of inter-modality has become the rule and no longer the exception, has undergone changes which have allowed ‘Interporti’ to develop a wide range of services that have enabled them to achieve greater competitiveness, in many cases allowing them to acquire a high level of specialisation in their offer.

The largest ‘Interporto’ is Verona-Quadrante Europa. In 2019, about 28 million tonnes of goods passed through it, of which 8 million by train (28.6% modal share), most of which were intermodal flows. This represented 15,950 registered trains, or an average of 53 trains/day.

This is how the state becomes a strategist, without interfering with the nature of the concrete or the owners of the warehouses. These structures and services are financed by local and regional public and private capital. Of course rail activity is not reserved for the sole national state company, Mercitalia, but for a variety of rail operators depending on the demand and the construction of logistics flows.

The Italian example thus shows us that by means of formally established laws, an economy can move towards modal shift, provided it is given the means. It is not a question of deciding through political centralism but of transferring responsibilities to the regional authorities, who know the political and economic environment of their region better than anyone else. ‘Interporto’ is open to all rail freight operators, which is a sign of maturity in transferring more freight volumes to rail.

How railways can be reconnected with logistics
11/09/2020 – How can rail increase its market share? By more focus on the logistics industry

Italy : when a giant of containers operates his own intermodal trains
02/03/2020 – The maritime carrier Medway has started to carry out its own rail services in Italy through the new company Medway Italia. Medway is a subsidiary of the swiss maritime group MSC, a giant of ocean container transport.

Hupac, a giant of intermodal transport
03/20/2020 – How a small Swiss company became a giant in intermodal rail transport. Hupac, a great success story. 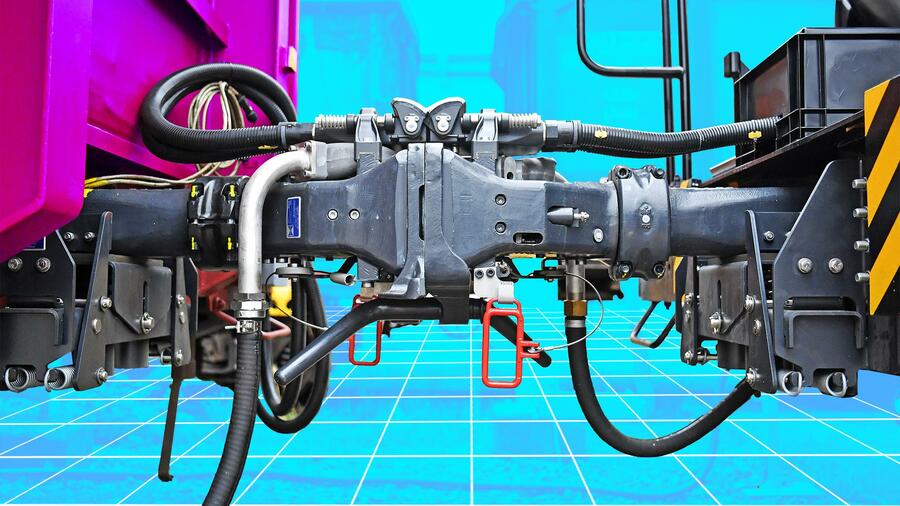 Is automatic coupling on freight wagon will become reality?
09/07/2020 – Europe is finally testing an automatic coupling for its freight trains. But now with digital attributes. This coupling will make it possible to operate « intelligent trains »

Sustainable railways mean infrastructure works !
16/11/2020 – 2021 has been designated European Year of Rail. This means not only modern trains but also good railway infrastructures. Some people believe that this is not always necessary. Really?